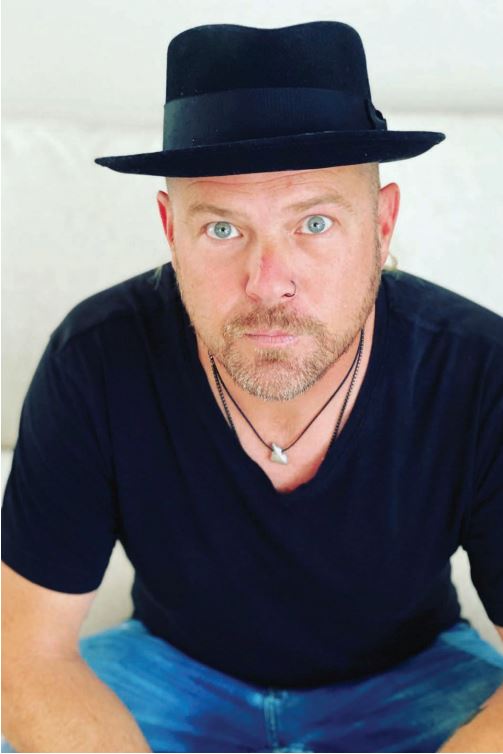 How to use Power to Cultivate the Best Artistic Performances

There is nothing sweeter than sitting in a studio and capturing that moment when the instruments, inflections, and the camaraderie of musicians are all on the same vibe at the exact same time. Yet how many times have we hit record and the computer runs out of RAM in the middle of a take, only to miss that magical moment? This isn’t just a glitch. It can cast a shadow on the whole session. It can trigger a crisis in confidence, not only in the person engineering the session, but in the musicians as well. Everyone loses momentum.

Tech problems are creative problems, because when something goes wrong it impacts your artistry. I’ve experienced this myself over the decades I’ve been in the studio. Throughout my 30-year career as a professional musician and producer/engineer, I have used most of the standard interfaces and many of the most complex, boutique, black labeled, state-of-the-art gizmos. I have hands-on experience with most of the coveted consoles and routers. I even cut tape and still have a 2-inch tape recording rig in my analogue room. (For those of you who don’t know what I’m talking about, it’s the “real” version of the Tape Emulators you use in your DAW.) As an artist, with my years in country as well as my time spent in the multi-platinum bands Tantric and Saving Abel, I’ve been in the most noted studios in the world and have worked with many of the biggest names in recording.

I recall first hearing about DSP technologies back in the ’90s, how external processors can supply CPU power to your session without crashing your entire world each time you had a lot of files for buffering while a session was being worked or even listened to. As the computer and software world became more advanced, we began to be able to record multi-track sessions and even run plugins on the frontside while tracking. It was then I started hearing the term latency. It became a familiar curse for “feel” players or finesse vocalists pushing to perform at their peak, not to mention the engineer trying to capture the ultimate performance. 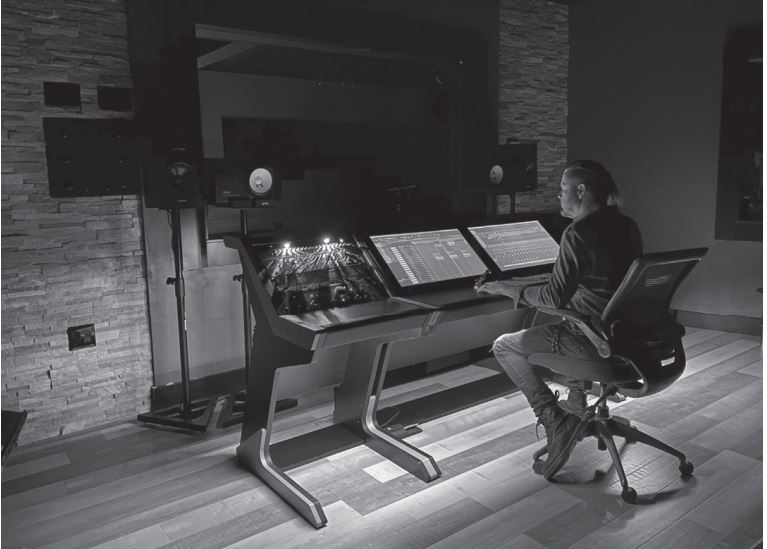 Recently, while working on the Tantric record at a well-known studio, I noticed we were simply running through a couple preamps, a half a-million-dollar console, then going straight into a normal Pro Tools rig, much like the one that I used back then as my portable rig. The latency was noticeable, and tracking became better once some processing adjustments were made. After all, the engineer doesn’t know if it’s you as a musician that has bad timing, or if it’s the processing power. That makes it near impossible to have a perfect performance; you’re constantly doubting your ability to perform your part of the music piece. If you can take the power and latency question out of the equation, everyone will be able to focus on the artistic side instead.

With the introduction of the HDX DSP powered Pro Tools | Carbon, it has never been easier to capture a performance at the almost zero latency. Getting the perfect take is much easier when the technology processes audio so fast that it renders latency a non-issue. In fact, with Carbon and HDX, latency is so low that the signal is traveling through the interface faster than the time it takes for sound to travel the short distance from your speakers to your ears. Yes, I said that! With some of the interfaces, along with the

power of DSP, it is possible to hit a snare drum and have the sound hit your ears from the headphones faster than the raw ear responds to the human brain. Since you’re no longer doing extra takes due to the computer crashing or latency, you have more time to focus on the things that matter most—like creating a masterpiece.

“It’s all in the timing” applies very much to the monitoring side of life, as well. For most of my career, I had a stand-alone monitoring system such as the PreSonus Central Station, or the Grace Design M905. The thing to remember when sound is coming back to your ears, it’s possible that the processor can cause a later response, another place latency can be exaggerated or even caused. Holy catfish, is everything trying to keep us from making magic in the studio? What about if we have to record with a mobile rig?

Things could get complicated, right? Thanks to the recording powers that be, it is way less complicated than it used to be. The single rack space rig is possible now with a simple laptop and ingredients like the Universal Audio’s Apollo and the aforementioned Pro Tools | Carbon. We can now have lower latency performances tracked and use a smaller portable rig than

ever before. For my home studio as well as my compact fly rig for live applications, I have grown to prefer the Pro Tools | Carbon due to the self-contained I/O controls and on-demand convenience of everything being located in the Pro Tools DAW software.

There is no need to use tablets or outside programs to manipulate. With the Apollo, the interface was a near Olympic feat of coordination to bounce between Console and the DAW to control the reference monitors and input mix, not to mention headphone sends. The Carbon is able to control three sets of monitors and four headphone sends all inside the DAW sessions and eliminated my training for the un-athletic Studio Olympics. Though my hopes for a gold medal are now gone, I was able to shift my focus back on the gold and platinum records that are rewards of creation.

So, remember whether you’re on a mobile rig or in a fancy studio: power is the first step to getting and capturing those amazing performances in the studio. Solve this problem, and you can keep the wheels or lasers of the mouse on the desk and keep creating the takes that matter.