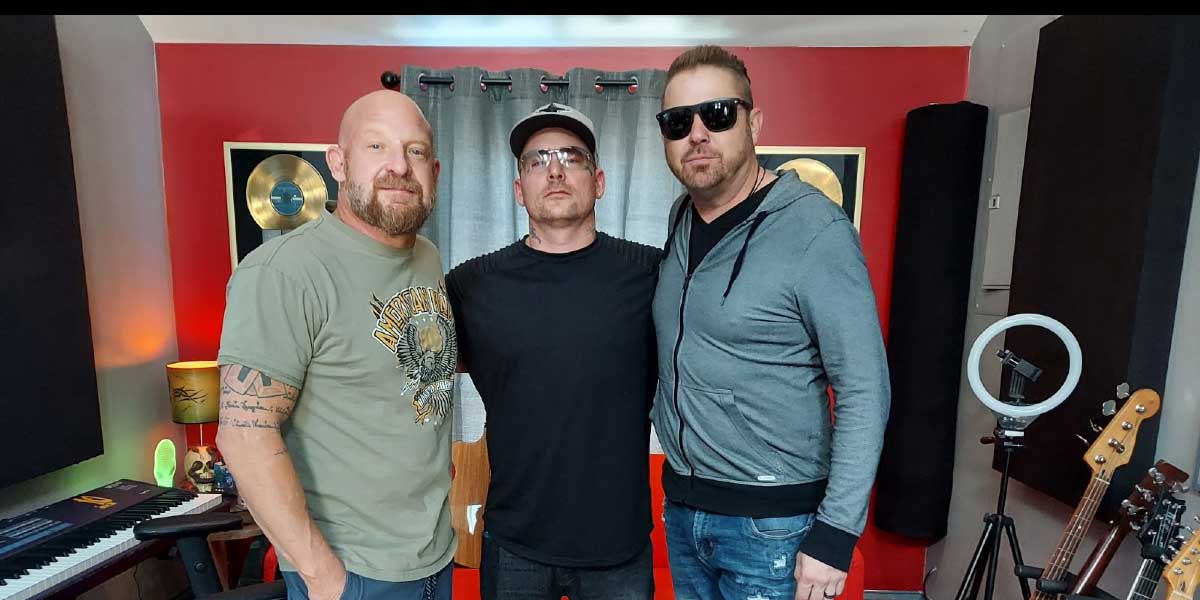 The latest buzz in the music world brings news of an upcoming track that’s sure to captivate hip-hop fans worldwide. Hosting the collaborative talents of Stryker Records’ Drew Lines, Saving Abel, and producers Malcolm Springer, and Scott Wilson, it looks as if the highly-anticipated “15 Minutes of Fame” remix will be another charting song for the celebrated music label.

Established in 1997 by Chris Dobry, Stryker Records is home to immersive sound and chart-topping, famous music artists. Some of the live events included Merle Haggard, The Goo Goo Dolls, Saliva, Trapt, Tantric, Saving Abel, Jamie Fontaine & the Level, and its first hip-hop artist, Drew Lines to only mention a few.

To formally welcome and introduce the latter to the Stryker family, Chris Dobry and his team took Drew Lines to Nashville. On May 12, the company’s pioneering hip-hop talent met with his producers Scott Wilson of Saving Abel and multi-platinum producer Malcolm Springer at the House of Blues Studio under the Universal Music Group.

The meeting of talents was historic, to say the least, and birthed a collaboration set to take the world by storm. “When you work with like-minded people, the amazing results come easily,” Saving Abel’s Scott Wilson shared.

“The genius of a heavy hitter like Malcolm Springer combined with my song sculpting techniques made for not only amazing arrangements but a great time creating.”

Drew, echoing his sentiment, described the experience as phenomenal, stating that being in the studio with Scott and Malcolm was “like having the best producers from two different worlds collide.”

That collision, along with the lyrical prowess and flawless delivery of Drew Lines and Scotty Austin, created the hip-hop remix of the fan-favorite Saving Abel song “15 Minutes of Fame.” The track has been completely transformed into a veritable headbanger with a rerecorded chorus line and an iconic rap verse.

According to the team behind the project, the “15 Minutes of Fame” remix may be released sometime in August or September and will likely be joining the ranks of hard-hitting tracks in Stryker Records’ Hip Hop World Series.

Renowned as an all-live annual celebration of hip-hop music, the Hip-Hop World Series is one of the record label’s top ventures. The stage is set in partnership with Mainstage Media and features artists from all over the Midwest. Furthering Stryker Records’ reputation for newsworthy live concerts, the competition is a must-watch, featuring awe-inducing headliners with Drew Lines potentially leading the show next year and coveted prizes for the top three winners.

As the audience waits with bated breath for Drew’s Hip Hop World Series appearance and the release of the “15 Minutes of Fame” remix track, creators of the original version are currently on tour. While Drew Lines is making his official debut as Stryker Records’ next golden star, Saving Abel promotes new music and connects with fans worldwide.

Learn more about the collaboration between Stryker Records’ Drew Lines and Saving Abel and the award-winning producer Scott Wilson and multi-platinum producer Malcolm Springer. Stay updated on the release of the “15 Minutes of Fame” remix and the dates for the next Hip-Hop World Series on Facebook and Instagram.